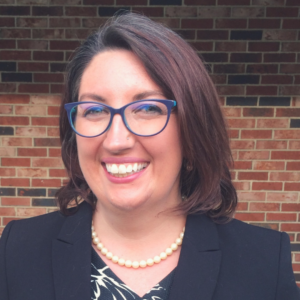 A Maine native currently residing in Fort Collins, Co., Smith will manage the day-to-day operations and supervision of the Farm Bureau and its building, as well as serve as Farm Bureau’s principal lobbyist before the Maine legislature.

Smith grew up on a dairy farm in Monmouth operated by her grandfather, Clement Smith, then attended the University of Southern Maine in Portland. During her college years she worked in the law firm of her aunt, Linda Dyer Smith, who served as a lobbyist representing several dairy organizations, and who also served a term as Deputy Maine Commissioner of Agriculture.

After college Julie Ann Smith worked as deputy registrar of the Cumberland County Probate court, and also as a paralegal for the Boston law firm of Holland & Knight.

She then moved to Fort Collins, Co, where she worked as a teacher and artist, and also was involved in a number of agricultural organizations in the Fort Collins area, including the state’s first Community Supported Agriculture (CSA) farm and a restaurant that served only locally-produced food.

As the area around Fort Collins was changing from agriculture to subdivisions, Smith decided to move back to Maine. She was in the process of moving when she learned of the Farm Bureau position.

“One of the reasons I’m excited to come home is about the opportunity of this job to combine two of my passions – advocacy and agriculture,” Smith said, adding the first two decades of her life spent working on the family farm, along with much of her work over the past decade, has “created a deep understanding of the struggles every farmer battles and the hard work that is required to grow and care for crops and livestock.”

In a presentation to the Farm Bureau Board of Directors, Smith said a major goal would be to continue the work of Farm Bureau to educate the public and the legislature about the economic and social importance of agriculture – both large and small farms – to the state. 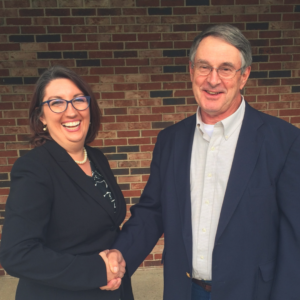 Bureau Executive Board from a pool of 17 applicants for the job, which had been advertised around the country through a number of agricultural organizations. Following a series of interviews with some of the candidates, Smith gave her presentation to the Farm Bureau Board of Directors on June 15, after which the board discussed her qualifications and voted to hire her.

“I was pleased to introduce her to the entire board,” Doak said, “the executive board was impressed with her at the interview and we appreciate her farming background and her marketing and organizational skills. We look forward to her going forward with the work Dr. Smart has done over the past two years.”

Dr. Smart was hired in 2015 after the retirement of long-time Farm Bureau Executive Secretary Jon Olson. Smart had not planned to leave Farm Bureau but was recruited by the University. She holds a B.S. from Unity College in Landscape Horticulture and a Doctor of Plant Medicine from the University of Florida and felt she could not pass up an opportunity to take a position in her direct field of study.

“I have enjoyed my time at Farm Bureau and I’m pleased with the work we have accomplished to support and improve the agricultural industry of the state,”. Dr. Smart said, “I am confident that Julie Smith has the knowledge and talent to continue this important work.”

Julie Ann can be reached at executivedirector@mainefarmbureau.com  reach out and say hello! She is ready to start working for you!